Child custody disputes are common in a divorce, but that does not make them any easier to deal with. You care about your child and you want to be a part of his or her life. At Twyford Law Office, our Spokane divorce lawyers work on behalf of our clients to help them get the access to their children that they deserve. We understand how difficult it can be to find yourself in this situation, and we want you to know that you have our support. We are your legal team, here to make sure you get the outcome you want and need from your child custody case.

Why Choose Our Child Custody Attorneys?

Contact our Spokane child custody lawyers by calling (509) 327-0777 or completing our online form. 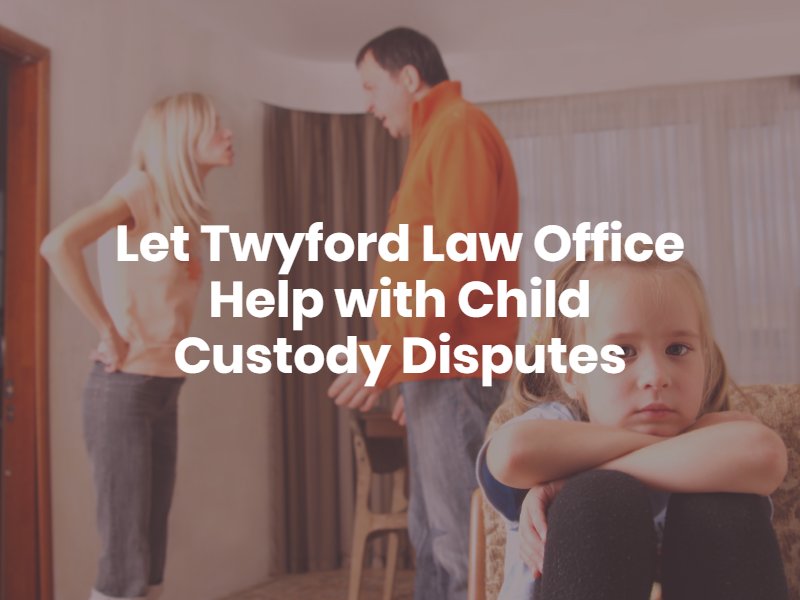 Types of Child Custody and Arrangements

Parents in the state of Washington who have minor children must enter in a parenting plan with the court before finalizing a divorce. When spouses cannot agree on custody, a judge will make the final decision on the custody arrangements for them, based on the best interests of the child. The following are the types of custody that can be granted:

Parents or a judge can divide legal and physical custody in several ways:

Under Washington State’s child custody laws, a judge signing a divorce decree is obligated to put the best interests of the child or children first and foremost above anything else. Even though both parents may agree on their parenting plan, the judge will automatically review the divorce papers and parenting plan to ensure they have considered the child’s best interests.

Additionally, a judge may talk to children of divorcing parents about where they wish to live if they are old enough to relate their wishes logically. Judges may also consider a child’s relationships with siblings and how involved the child is with the community in which they currently live.

Divorced parents will need to create a specific schedule outlining where children will reside during vacations, on weekends, and for holidays. This schedule should include details about the transportation of children to locations described in the parenting plan. Some factors considered by family court judges when making decisions about a parenting plan and child custody arrangements include parenting skills of the parent during the marriage, which parent made the majority of decisions about the children, and past encounters with law enforcement. Parenting plans may also name certain third parties who represent mediators or counselors responsible for helping a divorced couple resolve unexpected disputes involving child custody arrangements.

Doing What is Best for the Child

The State of Washington’s primary concern is the welfare of the child. Whatever parenting plan the judge decides on will be designed to ensure that the child is cared for. The judge will try to determine the best way for the needs of the child to be met, including emotional needs, financial support, education, and basic concerns like food and health care. The wishes of the child will also be considered by the judge in making a parenting plan.

In most cases, the ideal plan involves both parents sharing responsibility for the child. While the child may live with one parent or the other, decision-making and support are shared by both. But there are sometimes exceptions to this standard. If one parent is found to be unfit by the judge to take part in one or more of these duties, the judge will create a parenting plan that reflects this.

Custody Disputes and How to Solve Them

When a divorced couple cannot solve a custody dispute by simply discussing it, they may refer to their parenting plan, which will include a process for resolving disagreements. It may involve seeing a neutral third party, such as a counselor or mediator, or basically someone who can help facilitate a meeting and help the parents come to an agreement. The same steps can also be taken when changes to the parenting plan need to be made following the divorce, due to the evolving needs of children and parents. The plan may also state what to do next if the parents are still in disagreement, which is likely arbitration. Arbitration is when each party presents their sides and a neutral third-party arbitrator makes a decision on the matter for them. Washington state law will not allow parents to take a disputed matter to court until they have attempted a method of alternative dispute resolution.

Our Spokane Child Custody Lawyers Will Fight for You

When you are involved in a custody dispute, you need a family law attorney who will fight tenaciously on your behalf. Whether you are attempting to retain a part in your child’s life as a non-custodial parent, or you believe that you should be the one to take responsibility for your child, Twyford Law Office will do all that we can to achieve the outcome you desire. We offer free consultations to parents with concerns in regards to child custody and custody disputes. Reach us online or call (509) 327-0777 to discuss your legal options today.

Could not be more thrilled with Julie and Mark handling my case. Not only did they make me feel like they cared, but that they were going to handle everything. If you’re looking for a lawyer, you have found the right one.